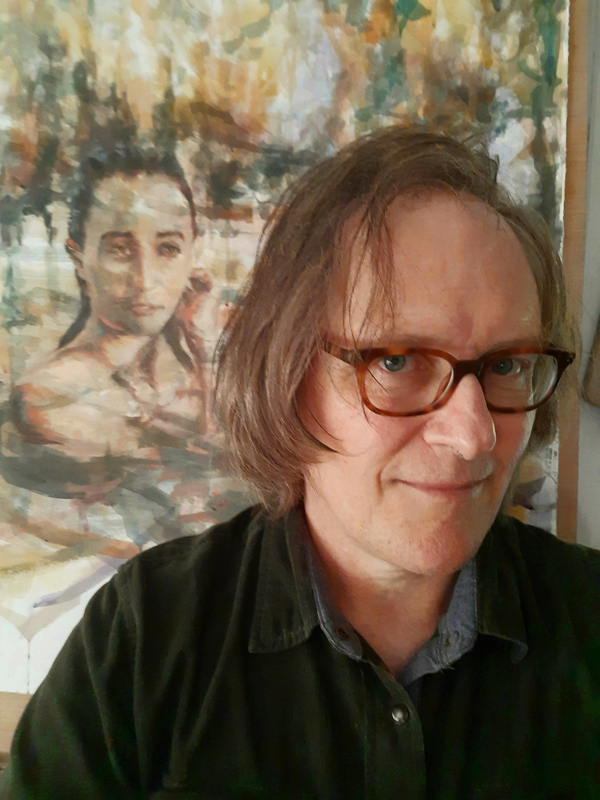 Thomas Sully III, a native of Norfolk, Virginia, is the great-great-great grandson and namesake of the famed Philadelphia portraitist. After studying at the San Francisco Art Institute and California Institute of the Arts, he found work in New York City as an illustrator for The New Yorker and as a costume painter for a company whose clients included the American Ballet Theater and The New York City Ballet. His interest in portrait miniatures began after seeing the travelling exhibition, “Love and Loss: American Portrait and Mourning Miniatures,” which included a work painted by his ancestor to mourn the death of his mother. After seeking out the materials for this arcane genre, he began receiving commissions in New Orleans where his portrait miniatures found a ready market. He also continued to paint and exhibit large figurative paintings and landscapes. Currently working out of Nashville, Tennessee, he paints figures in the landscape including series of Lotus Eaters, Naiads, Nereids, and other ne’er do wells.

There is a constant metamorphosis occurring in nature and ourselves that the medium of painting is uniquely suited to explore. I usually start out in watercolor as it lends itself to the amorphous and mutable, an effort to acknowledge the energies that affect us but lie beyond appearance, what Freud called “the mysteriousness that reigns everywhere.” I then come over that with oil paint, often mixed with marble dust, to build up the form. I’m fascinated by color, a language of its own, that can foster an almost preliterate relationship between the perceiver and the perceived.